Google now sells versions of the HTC One and Samsung Galaxy S4 which come with stock Android software (and no HTC Sense or Samsung TouchWiz features). But you don’t need to buy a phone straight from Google to get that experience.

Independent developers have already started to take the software from those phones, tweak it a bit, and offer it up in custom ROM form. If you have an HTC One smartphone with an unlocked bootloader, you can already install a ROM based on the Google Edition software.

It’s called TrickDroid 1.0.0 GE, and you can find details at the xda-developers forum and download links at the TrickDroid website. 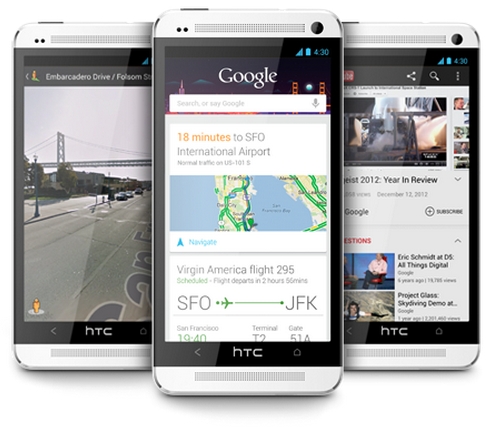 Developer Torxx made a few minor changes to the code, but for the most part this ROM lets you install the same software you get from a Google Play Edition phone on a standard HTC One.

It strips all of the HTC Sense software, including the HTC camera app, BlinkFeed widget, and support for the IR port. But it gives you support for Google features such as the ability to shoot “PhotoSphere” pictures.

There are already plenty of custom ROMs based on Android Open Source code available for the HTC One, but this is one of the first that’s based on software that Google and HTC optimized for the device.

It’s likely we’ll see many more custom ROMs based on the Google Edition versions of the HTC One and Samsung Galaxy S4 soon.

Update: In fact, as soon as I finished writing this post, I found another one: bigxie’s m7ul ROM.

Update 2: And the Samsung Galaxy S4 Google Edition-based ROMs are starting to arrive.