Qualcomm’s new Snapdragon 800 chip may be one of the most powerful ARM-based processors to date. But the company also has cheaper, lower-power options for entry-level smartphones.

Earlier this year the company unveiled the Snapdragon 200 and Snapdragon 400 chip families for low-end and mid-range devices. Now Qualcomm is fleshing out its plans by announced 6 new Snapdragon 200 processors. 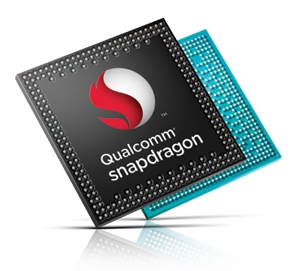 The new chips are 28nm processors with dual and quad-core CPUs and Adreno 302 graphics. They support 8MP rear cameras and 5MP front-facing cameras, and work with Qualcomm’s Quick Charge technology.

These chips are aimed at devices that will hit China and other emerging markets, which might explain why they support HSPA+ and TD-SCDMA wireless networks, but not 4G LTE. The chip  can also support phones with multiple SIM cards.

According to Qualcomm’s press release, the new chips have more powerful graphics and a more efficient chip design than previously announced Snapdragon 200 chips, which are 45nm processors with Adreno 203 graphics.

Qualcomm says the new processors support Android, Windows Phone, and Firefox operating systems. What the chip maker isn’t saying is whether anyone’s actually producing a handset using one of the new chips.

The chip maker is launching a reference design for device makers looking for guidance in building phones or other products around the new chips. Qualcomm’s low-end chips are based on ARM Cortex-A5 architecture, support screen resolutions