About two thirds of the people on the planet don’t have access to the internet. Plenty of people have ideas about how to change that — it’s cheaper to build 3G cellular towers in some parts of the world than to lay new cable or telephone wires, for instance. But Google has another idea: Balloons.

The company is starting a pilot project that involves sending a fleet of balloons about 12 miles up, and using them to beam internet signals to the ground. They’re calling it Project Loon.

Google says the result is a network that provides 3G-like speeds to areas that would otherwise be hard to reach. All you need on the ground is a special antenna attached to your building that lets you connect to the the balloon network.

Getting things to work in the air is a bit more complex. The balloons will move through the air, so Google has to move them up and down through different air streams to control their movement in order to offer continuous internet access on the ground.

Each balloon has a solar panel attached, as well as the technology to let anyone within a 40 kilometer (25 mile) diameter connect to the network. 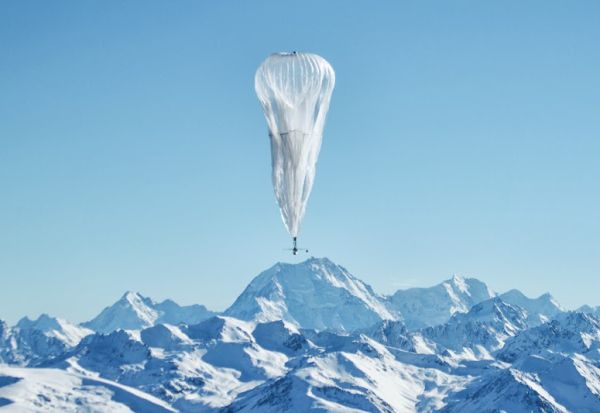 This weekend Google is rolling out a relatively small pilot project in New Zealand. If things work, Project Loon could be the start of something big… it doesn’t solve the problems of getting antennae, computers, phones, and other devices to hard-to-reach areas. But those issues seem trivial when compared with the challenges of building an international internet network capable of blanketing the planet in wireless internet connectivity.

Wired has an inside look at Google’s Project Loon, which has been in development for two years.

9 replies on “Project Loon: Google wants to provide internet access to all… with balloons”