NVIDIA plans to license its Kepler graphics technology to companies for use in phones, tablets, and other devices. Kepler is the graphics processor core used in the company’s GeForce processors as well as upcoming Tegra chips for mobile devices.

The company also plans to license its visual computing portfolio, which would let other companies develop their own graphics chips using NVIDIA’s technology. 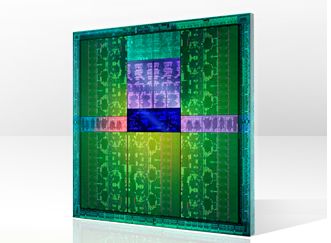 NVIDIA won’t be the only company taking this approach. Imagination licenses its PowerVR graphics technology to chip makers that want to use it, and ARM’s entire business model is based on licensing its designs. ARM doesn’t make its own hardware, the company just licenses its CPU and GPU desings to companies that want to build their own chips.

But it is a different approach for NVIDIA. While it wouldn’t be the first time NVIDIA licensed its technology (Sony licenses an NVIDIA GPU for the PlayStation 3, and Intel is another customer), for the most part if you want a smartphone or tablet with NVIDIA graphics, you need to buy a device with an NVIDIA Tegra processor.

The move makes sense for NVIDIA, as the company continues to transition from a business primarily focused on desktop and notebook computers to one that places an emphasis on the growing mobile smart device space.