Apple’s new MacBook Air laptops with Intel Haswell chips are designed to offer better performance and longer battery life than last year’s models. We can thank the new energy efficient chips for part of the improvement, but Apple also tucked some higher-capacity batteries under the hood.

Now you can see what they look like, thanks to the latest iFixit teardown. You can also find out just how hard it is to dissect the new models and fix broken parts at home. The repair experts tore down the 13.3 inch model recently, and now it’s the 11.6 inch model’s turn. 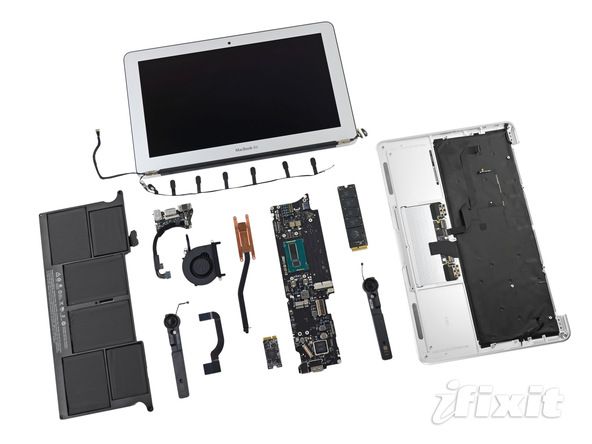