Think apps that run in a web browser can’t be as powerful as native apps? Google begs to differ. To show off some of the latest features baked into the Chrome web browser, Google developed a game called Racer which lets you send race cars across a track… and that track can span multiple smartphones and tablets. 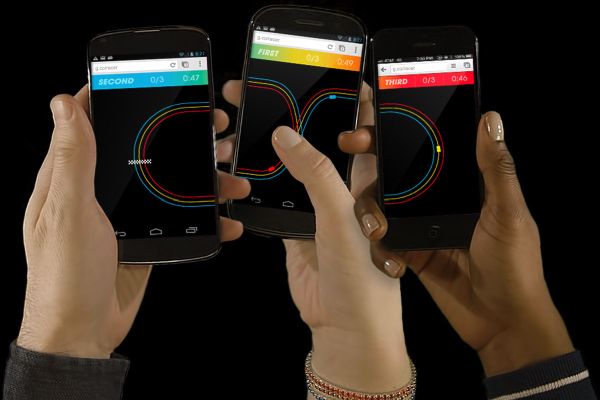 Place your phone next to another phone and put that next to a tablet, and the track expands. Each device sends data to the others so that it can keep track of where the cars are on the track, and as soon as a vehicle runs off one device, it shows up on the next.

The game’s music is also mixed in real-time as you play, with each device acting as an instrument in a small orchestra.

The game looks pretty simple, but it’s a pretty impressive demonstration of what you can do in a mobile web browser with JavaScript, HTML5, and Chrome for iOS or Android.