Whether you’re a fan of Facebook Home or not, the company’s social home screen app did introduce a nifty concept called chat heads. The idea is that when you get a new message, it doesn’t hide out in a notification tray. Instead a bubble with your contact’s picture pops up, and you can tap it to read a message or respond to it without leaving the app you’re currently using.

The developers behind the Paranoid Android custom version of Android liked the idea… and decided it should work with every app. Now it does. It’s called Halo, and now it’s not limited to devices running Paranoid Android. The source code is now available for anyone to bake into a custom ROM. 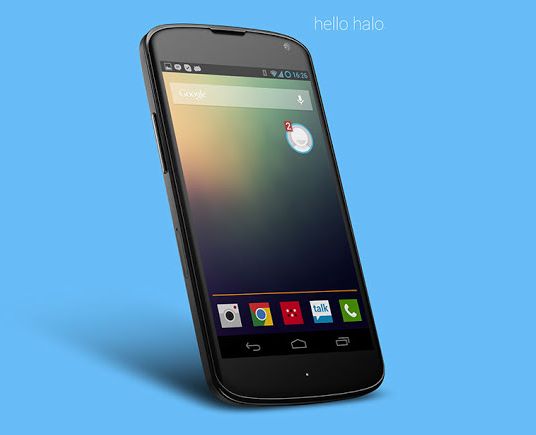