Jynxbox offers a line of Android-powered devices that let you run apps on your TV. There are a lot of those around, but the Jynxbox Android HD stood out from the crowd a bit, since it was designed specifically to run the XBMC media center app.

Now the folks at XBMC Android report that Jynxbox is getting ready to launch 4 new TV boxes, including an updated version of the Jynxbox Android HD as well as models with different hardware. 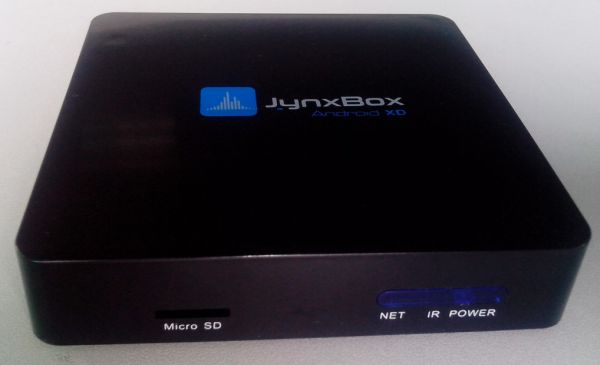 The first model is pretty much just a renamed Jynxbod Android HD. It has the same Amlogic AM8726 ARM Cortex-A9 processor and it appears to be manufactured by Geniatech.

What’s new is that the M3 has an infrared remote control rather than an air mouse.

This model is powered by a Rockchip RK3066 ARM Cortex-A9 dual core processor and Mali 400 quad-core graphics. It has 1GB of RAM, 4GB of storage, WiFi, HDMI, S/PDIF, Ethernet, and an SD card reader as well as 3 USB 2.0 ports and a micro USB OTGV port.

It runs Android 4.2.2 Jelly Bean and comes with an infrared remote control.

XBMC Android doesn’t have much information about this model, but reports that it could have a faster Rockchip RK3188 quad-core processor.

I’m a fan of that particular chip, which is one of the fastest ARM Cortex-A9 options available. If the device has the same range of input and output ports as other Jynxbox models and an RK3188, it’d make a pretty nice media center.

This purple box is expected to be some sort of internet television device which can stream live broadcasts. It has a purple case and appears to feature a microSD card slot, HDMI and S/PDIF, an Ethernet jack, and support for an external antenna.

You can find more pictures of the upcoming devices at XBMC Android.