You can download the official Google Keyboard app from the Play Store. 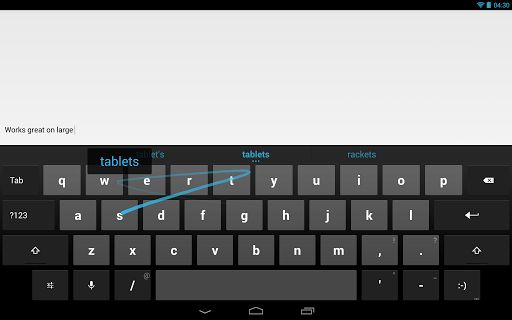 Offering the keyboard app through the Play Store also gives Google a way to update the keyboard without updating the entire operating system. So we could start to see improvements, bug fixes, and other changes more frequently.

Google has been taking a similar approach with some of its other core Android apps recently. Since the official Gmail, Google Calendar, Hangouts, and other apps are all available from the Play Store, Google can push out new features for individual apps without waiting until the next major operating system update is due out — and that means users won’t have to worry about their device makers or wireless carriers dragging their feet on updates. As soon as a new Calendar or Keyboard update is available, you’ll get it from the Play Store.

Up until now if you’ve wanted to use the Android 4.2 keyboard on a device running an older version of Google’s operating system (or one where the device maker replaced it with a custom keyboard), you’ve had to download an unofficial app from elsewhere on the internet.

Google Keyboard for Android includes dictionaries for 26 languages, and supports both phones and tablets.