Waze is a mobile mapping service that provides turn-by-turn directions, traffic information, and other details to users on a mobile device. Much of the company’s data comes from users. For instance, the free app it provides real-time traffic updates based on reports and other data from other users.

We should start to see some of those features come to Google Maps soon, because Google has announced it’s acquired Waze. 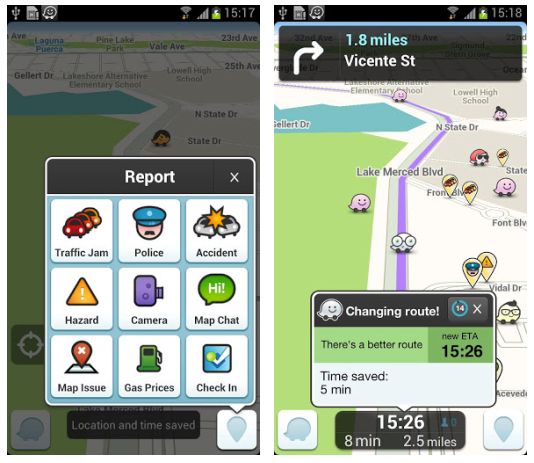 For now Waze will continue to operate as a separate company, and it’ll still be based in Israel. But we should start to see Waze technology in Google Maps eventually, and Google says it plans to bring its search technology to existing Waze users as well.

The Waze team says that (at least in the short term) “nothing practical will change.”

Of course, it’s not clear that Google will want to run both apps independently forever. Google does have a habit of shutting down services from time to time, and there’s a lot of overlap between Waze and Google Maps already, so it’s likely that Waze’s days as a standalone app are numbered. But if enough of its features come to Google Maps, I’m not sure anyone will really care.

Over the past few days there have been rumors suggesting that Google would pay more than $1 billion to acquire Waze. It’s not clear what the actual price was, since neither Google nor Waze are providing a figure at the moment.