PlayJam has announced that the first GameStick Android gaming devices will ship in August.

That’s a month behind the latest schedule, but the company still plans to ship units first to backers of the GameStick Kickstarter campaign and collect user feedback about the user interface before shipping the retail units to other customers. 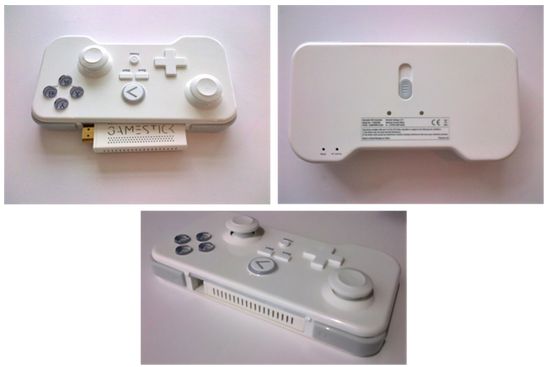 The GameStick device is a small stick that you can plug into the HDMI port on a television in order to run Android-based games on a big screen. It also comes with a wireless game controller, and there’s a slot in the controller itself that you can use to store the GameStick when it’s not plugged into your TV.

Under the hood, the stick has an Amlogic AM8726-MX processor, 1GB of RAM, 8GB of storage, WIFi, Bluetooth, and Android Jelly Bean software as well as a custom user interface designed to make it easy to find, download, and play games on a TV.

Along with news of the 1-month delay, PlayJam is starting to show off the final production hardware including the game controllers and the sticks themselves.

One reply on “GameStick pushed back a month, first units should ship in August”