Dell is updating its XPS 12 convertible tablet with a faster processor and a slightly bigger battery.

The Dell XPS 12 looks like a laptop — but you can rotate the touchscreen display 180 degrees within its frame, close the lid, and use the computer like a tablet. Dell introduced a model with an Intel Ivy Bridge processor and 47Whr battery last year. Now the company is updating the Dell XPS 12 with a 50Whr battery and an Intel Haswell chip. 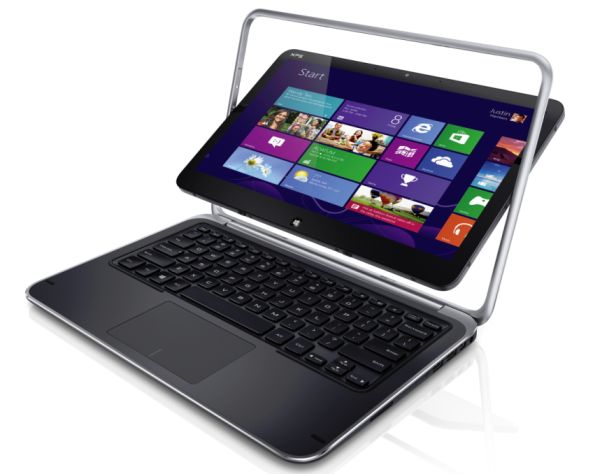 According to Dell, that makes the new model about 1.6 times faster than the Ivy Bridge model, while offering about 2 hours of extra battery life — for a total of over 8.5 hours of run time.

That battery life test comes from the MobileMark 2012 battery test…  but performance will likely vary depending on what you’re doing with the computer.

Between Haswell’s improved efficiency and a modest bump in battery capacity, the new Dell XPS 12 should get at least a little more battery life than its predecessor.

Dell plans to start selling the new XPS 12 within the next few weeks for about $1200 and up.