Before the HTC One, there was the HTC One X (and XL, and S, and V… I think someone forgot to tell the company what “one” means). Launched a few months before the Google Nexus 4, last year’s crop of HTC smartphones featured good displays, speedy processors, and nice design, if you don’t mind a polycarbonate case.

I picked up an HTC One XL featuring a Qualcomm Snapdragon S4 dual-core processor, a 4.7 inch, 720p display, 1GB of RAM and 16GB of storage last year, and a year later it’s still a pretty great phone. 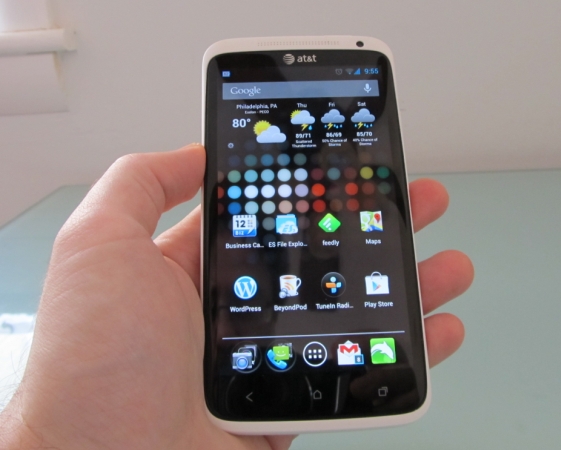 But I’m not a fan of the HTC Sense software that comes with the phone (with the possible exception of HTC’s camera app), so one of the first things I did was start installing custom ROMs such as CyanogenMod.

Unfortunately, official releases of CyanogenMod for the HTC One XL and a number of other devices stopped a few months ago in response to an intellectual property dispute — and that left me with a working, but occasionally sluggish build of Android for my phone.

This week nightly builds of CyanogenMod for the HTC One XL returned, and they’re better than ever. It can be a bit of a pain to upgrade from earlier firmware, but if you take the trouble you’ll have a device which feels almost as zippy as a Google Nexus 4.

While you couldn’t download official builds of CyanogenMod 10.1 for a few months, lead developer h8rift and others were working behind the scenes on something that would not only circumvent the intellectual property issues, but would also dramatically improve performance.

Now you can grab new nightly builds of CyanogenMod 10.1 for the HTC One XL “Evita” from the CyanogenMod download page, and they’re based on a newer 3.4 kernel. This is similar to the kernel used for the new HTC One and some other devices, and that means that most new features developed for this year’s flagship phone for HTC should also be available for last year’s model. 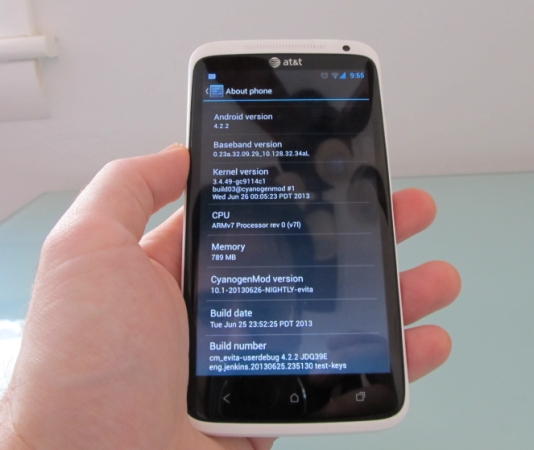 I went through the process last night, and my HTC One XL has never felt faster. There’s not necessarily a difference in terms of raw processing power — but the user interface is smoother, it takes less time to load apps or switch between running apps, and the phone even seems to boot or reboot more quickly.

At the moment it takes a little longer than it used to for the screen to turn on once you hit the power button, but that’s a small price to pay.

Unfortunately installing the new builds of CM10.1 can be a bit of a pain. Make sure to read through the development thread at xda-developers before getting started, but here’s the basic outline of what you need to do:

If you’ve already rooted and installed a custom recovery on your device, it’s also a very, very good idea to backup your device using CWM or TWRP before you get started. I’d also recommend backing up your apps and data using Titanium Backup. You can then restore all your apps after updating, otherwise you’ll need to reinstall apps one at a time and you may lose some data associated with those apps.

While I was able to perform most of the above tasks with the help of an HTC One X All-in-One Toolkit, some commands didn’t seem to work automatically so I had to enter them manually in a command prompt. So if you’re not comfortable working with adb and fastboot commands, you may run into trouble upgrading.

The good news is that it’s relatively difficult to brick a device, and even if you end up with a boot loop (your device gets stuck at the boot screen), you should be able to get into fastboot by pressing and holding the volume down and power buttons to turn on the device, and from there you can boot into recovery and restore from any backups you’ve made. 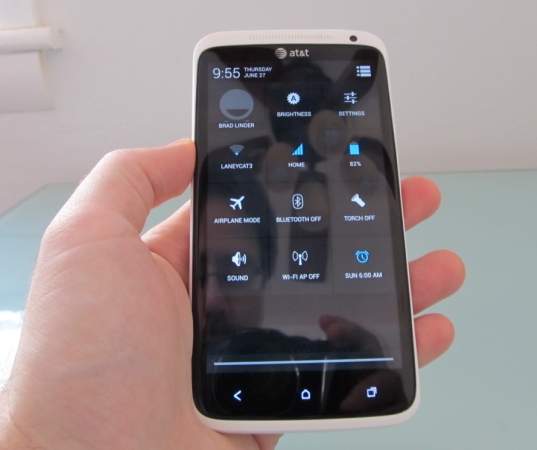 7 replies on “CyanogenMod 10.1 for the HTC One XL returns, breathes new life into last year’s phone”