The HTC First is a mid-range smartphone that ships with the Facebook Home user experience. That means the home screen and lock screen feature images and status updates from your Facebook contacts, and you can use the “chat heads” feature to respond to messages from your contacts from any screen.

But under Facebook coating, the First runs stock Android software, much like a Google Nexus device. That makes it one of the first HTC devices since the Google Nexus One to ship with stock Android instead of the HTC Sense user interface.

If for some reason you’d prefer Sense, there’s now a custom ROM that lets you replace stock Android with something that makes the First look more like other HTC smartphones. 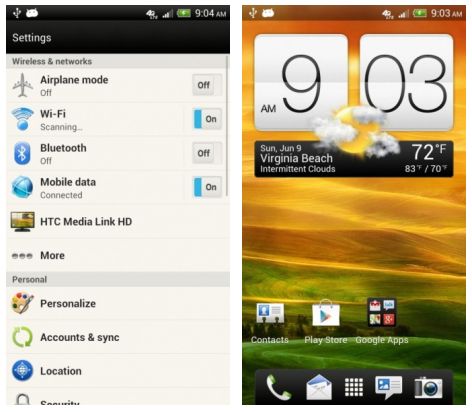 Developer jmz has posted a custom ROM called JmzMystJBSense in the xda-developers forum. In order to install it, you’ll need to install a custom recovery on the phone. Fortunately there are already builds of ClockworkMod and TWRP for the HTC First.

For the most part I prefer the look and feel of stock Android. But the HTC camera app is pretty great and on many phones it’s easier to snap good photos using the Sense camera than the stock Android camera. So the camera app alone might be a reason to try out this ROM.