Android tablets with 13.3 inch displays have been around for a little while. Archos introduced the first FamilyPad tablet back in 2012.

But the Colorfly CT132 is one of the first models with a laptop-sized screen to sport an Allwinner A31 quad-core processor.

The tablet’s available for purchased for around $330 in the US from AliExpress or DealExtreme. 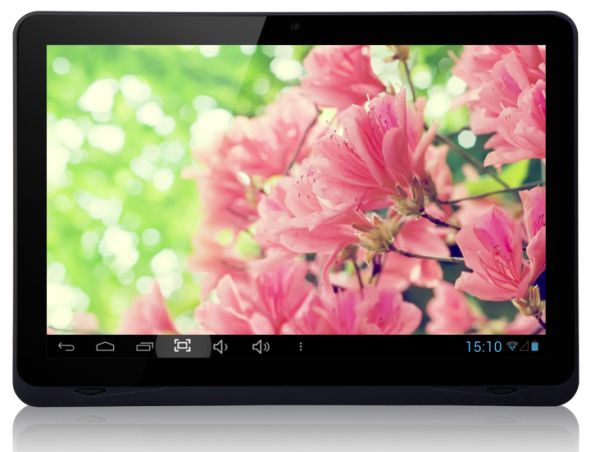 The Colorfly CT132 has an ARM Cortex-A7 quad-core processor with PowerVR SGX 544 graphics, 2GB of RAM, and 16GB of storage. It also has a microSD card slot for extra storage space.

While the screen is bigger than those found on most Android tablets, the display resolution is nothing to write home about. The tablet has a 13.3 inch, 1280 x 800 pixel screen.

Other specs include 802.11b/g/n WiFi, a front-facing 2MP camera and a rear 2MP camera, HDMI, and an 8000mAh battery which Colorfly says should be good for up to 8 hours of use.

Chinese site Zol has posted a review of the Colorfly CT132, and the reviewer seems satisfied with the tablet’s build quality, but finds the screen to be a bit grainy. That’s not surprising, since the screen has about 113 pixels per inch, while many newer tablets and phones with smaller, full HD screens have much higher pixel densities.

Colorfly also seems to have used a TN display for this tablet rather than an IPS screen, which means the viewing angles are limited — colors and images can be difficult to see if you view the tablet from the wrong angle.

Like most tablets of its size, the Colorfly CT132 might be a bit large to use for some tablet tasks such as surfing the web or reading eBooks. But it could be a good size for watching videos or playing two-player games, where a bigger screen is generally better.

The Colorfly CT132 seems like an interesting addition to the tablet space. But whether it’s worth the $330 asking price or not probably depends on how you plan to use it.