Acer is giving its ultrabook lineup a fresh coat of Haswell. The company’s latest Aspire S3 and Aspire S7 thin and light laptops will ship this year with Intel’s 4th-generation Core processors.

But the high-end Aspire S7 will also get something else: a new high-resolution display. Acer’s premium ultrabook will be available with a 13.3 inch, 2560 x 1440 pixel IPS touchscreen display. 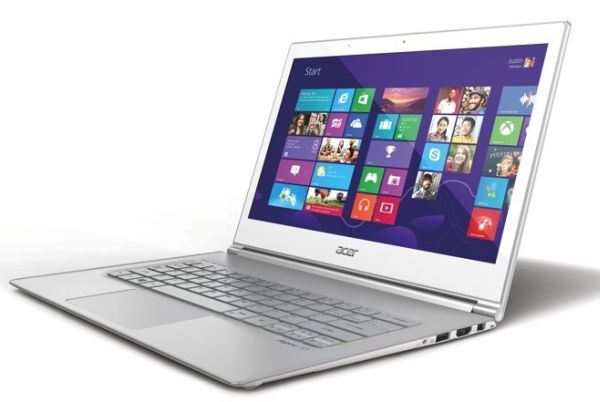 Engadget reports that high-resolution WQHD display will be optional in some regions, such as the US, where a 1080p version will also be available. In other regions, including Europe, the S7 will only ship with the 2560 x 1440 pixel screen.

Those screens don’t come cheap though: The new Acer Aspire S7 is expected to run between $1400 and $1700, depending on the configuration.

Acer will offer the notebook with Core i3, Core i5, or Core i7 processor options. It has a 47Whr battery, measures 0.5 inches thick, and weighs 2.9 pounds. The laptop has an aluminum unibody case and a Gorilla Glass cover on the lid.

It’s expected to go on sale in the third quarter of 2013.

Acer has no plans to update the 11.6 inch Aspire S7 ultrabook, so if you want a smaller model you’ll probably have to pick up an older model with an Intel Ivy Bridge processor. The good news is that prices on those models are falling — you can grab one from the Microsoft Store for $899.