Acer has officially announced plans to launch one of the first Windows 8 tablets to feature a screen smaller than 10 inches. The Acer Iconia W3 is an 8 inch tablet with an Intel Clover Trail processor and a starting price of $379.99. 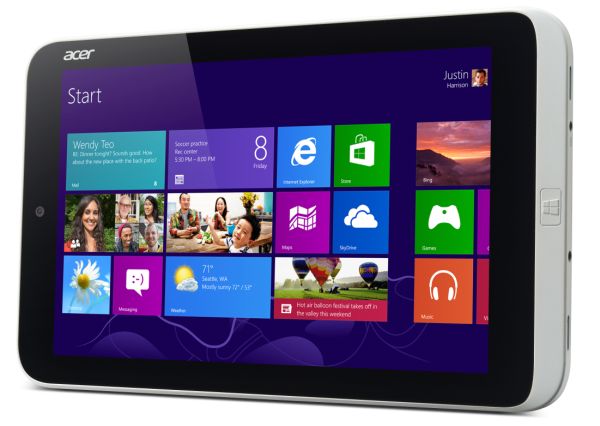 The news isn’t exactly a big surprise. Leaked product details have been slipping out for over a month. But the time for leaks is over, and no we know that the tablet features an Intel Atom Z2760 Clover Trail processor, an 8.1 inch, 1280 x 800 pixel display, and comes preloaded with Microsoft Office Home & Student 2013.

The Iconia W3 measures 0.45 inches thick and weighs 1.1 pounds, making it significantly thinner and lighter than most Windows tablets released to date.

Acer will also offer an optional full-sized Bluetooth keyboard for the tablet. Acer says the $80 keyboard is the same size as a keyboard you’d get with a 13.3 inch notebook. 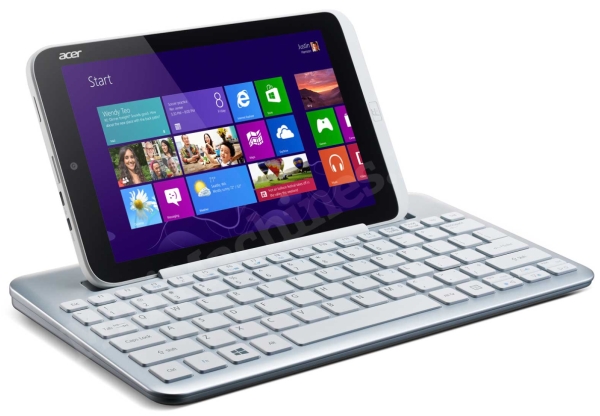 It looks a little funny since the keyboard is wider than the tablet, but the upshot is that you won’t have to type on tiny keys like those you used to see on netbooks with 7 to 10 inch displays.

The Acer Iconia W3 features 802.11b/g/n WiFi, Bluetooth 4.0, 2MP cameras on the front and back, a microHDMI port, and microUSB port. It’ll be available for pre-order starting June 4th. A 32GB model will set you back $380. Acer also plans to offer a 64GB version.