The Xiaomi Box is an inexpensive device which you can plug into a TV to run Android apps and stream internet video on a TV. We’ve seen a lot of those in the past year or so. But this one is the first to come from Xiaomi, a Chinese hardware and software company known for offering high-quality products at low prices.

Xiaomi has been offering the box in China for a few months, although demand seems to generally be greater than supply. But now it looks like you can buy a Xiaomi Box even if you’re not in China. 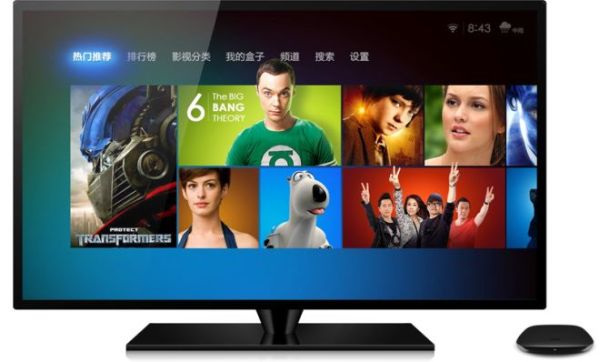 Several stores at AliExpress are selling the Xiaomi Box, with prices starting at around $76.

There’s just one catch: as far as I can tell, the user interface is entirely in Chinese, and as far as I’m aware there’s no easy way to change it to English or another language.

While it’s pretty simple to change the default language on a stock Android device, the Xiaomi Box isn’t running stock Android software. Instead it has Xiaomi’s custom version of Android which is pretty, easy to navigate, and in this case only available in Chinese.

If that’s not a problem for you, the Xiaomi Box features an 800 MHz ARM Cortex-A9 processor, 1GB of RAM, Ethernet, WiFi, and HDMI. It also comes with a wireless remote control.