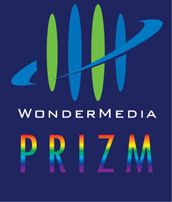 Chip maker VIA is adding another low power ARM-based processor to its Wondermedia Prizm lineup. The new WM8880 is a 1.5 GHz ARM Cortex-A9 dual-core processor with Mali 400 graphics.

VIA hasn’t added any information about the new chip to its website yet, but the folks at Chinese site 1pad have posted some details and test results from a 7 inch tablet powered by the WM8880 processor.

The new processor appears to be very similar to the WM8850 chip which launched last year, but the WM8880 features dual-core graphics while last year’s chip had a single-core Mali 400 GPU.

I tend to take benchmark results with a grain of salt, especially if I didn’t have a chance to run them myself. But it looks like the WM8880 chip scores reasonably well in performance tests.

It can play multiple HD videos at the same time, and holds its own in benchmarks including NenaMark, Quadrant, and Antutu.

That said, newer chips from Qualcomm, NVIDIA, Samsung, and others will offer more than twice the performance you’d get from a budget chip like the WM8880. But it’s likely we’ll start to see some low-cost tablets in China and other emerging markets featuring this processor soon. And it looks like it’s not half bad.

Some sort of WM8880 test device also showed up recently at the GLBenchmark website.

One reply on “VIA introduces WM8880 dual-core CPU for low-end phones, tablets”