Toshiba’s Portege Z10t is one of the more interesting ultrabook/tablet hybrids to launch so far this year. It’s a two-piece computer, featuring a tablet with a 13W Intel Ivy Bridge processor and an 11.6 inch, 1080p display and a keyboard base which offers extra ports and longer battery life. 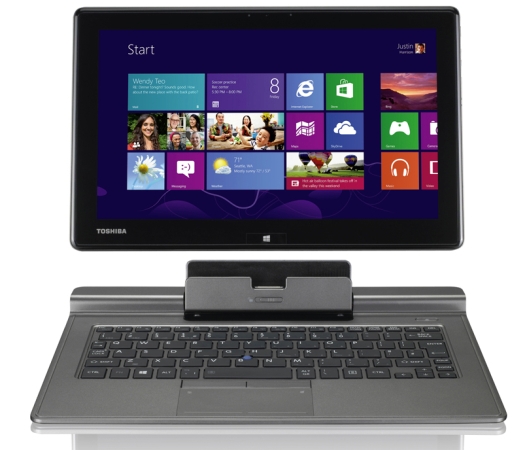 In other words, Toshiba’s positioning the Portege Z10t as competition for expensive hybrids such as the Asus Transformer Book 13 or Lenovo ThinkPad Helix, not cheaper devices like the HP Envy X2.

To be fair, these high-end ultrabook/tablets have more powerful processors and higher-resolution displays than any hybrid you’ll find in for under $1000. Toshiba also offers an optional Wacom digitizer which lets you use a pressure-sensitive pen for writing or drawing.

But I can’t help but wonder how big the market is for this type of device at this price point. Over the past few years the average selling price of Windows computers has fallen pretty dramatically. Netbooks helped get that ball rolling, but so did the fact that advances in processing power largely outstripped many users’ needs.

If the primary thing you use a computer for is surfing the web, you may be perfectly happy with a 5-year-old laptop running Windows XP. Or if you do need a new model, there’s not much reason to pick up a $1000 laptop when a $300 model serves your needs just about as well.

So companies like Toshiba and Lenovo (not to mention Intel and Microsoft) are trying to create new types of computing experiences that will convince consumers to buy bleeding edge hardware again.

And if you want to do that, at the moment there are few options that don’t cost more than $1000. But I wouldn’t be surprised to see prices fall pretty quickly if devices like the Portege Z10t don’t sell well. It wasn’t that long ago that ultrabooks had starting prices around $999, and now you can regularly find models going for as little as half that much.