The Paranoid Android development team is working on a new tool called Halo which completely rethinks the way Android handles notifications and multitasking. Halo is inspired by Facebook’s “chat heads” feature which lets you see and respond to incoming Facebook chat messages from any app without closing the window.

But Halo works with every app that supports notifications. So you can respond to email messages, instant messages, alarms, image upload notices, or just about anything else. And you can do it without pulling down the notification tray or leaving the app you’re using. Everything happens in a small pop-up menu.

While Halo isn’t ready for the general public yet, Chris Nacca has posted a preview video on YouTube.

Halo is still a work in progress. Eventually you’ll be able to view multiple notifications and choose which app you want to open. But as the demo video shows, it already works pretty much as intended.

When Halo is activated, any time a notification appears an image and brief message will pop up on your screen. You can drag the notification circle anywhere on the screen so it’s not in your way.

If you’re surfing the web, watching a video, playing a game, or doing just about anything else, tapping on the notification will pause the app you’re using. Then you can open a not-quite-full screen version of the app that sent the notification, respond to a text, compose an email response, or do whatever else you want to do. 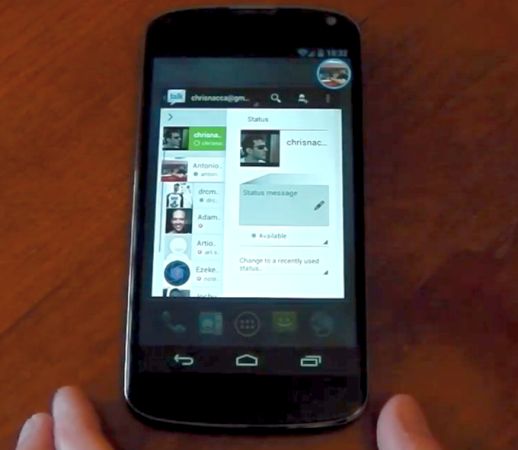 Since you’re looking at a pop-up instead of a full-screen app, it’s easy to remember what you were doing before the notification appeared. To get back to that activity, just tap the original app and the pop-up will go away.

I’m not entirely sold on the idea of having a tiny circle cover part of my screen always dedicated to incoming messages. But I do like the idea of a system that lets you respond to alerts more quickly and then get back to what you were doing before the message came in.

The first builds of Paranoid Android featuring Halo should be available soon. You’ll need a phone with an unlocked bootloader and the guts to replace the firmware that came with your phone with a custom operating system to use Halo. It’s a system-wide tool that probably won’t be available as a simple app you can install on other phones anytime soon.