Sony’s Xperia Tablet Z features a full HD display, a quad-core CPU, and one of the thinnest designs around. The tablet measures just 0.27 inches thick and weighs just 1.1 pounds.

The tablet has been available for pre-order for nearly a month, but now Sony has confirmed that the Sony Xperia Tablet Z will be available for purchase this week. You can pre-order one for $500 and up from stores including the Sony Store, Amazon 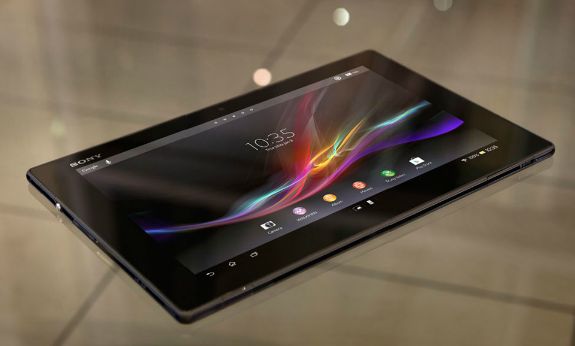 While the tablet ships with Android 4.1 Jelly Bean, the Xperia Tablet Z is part of Sony’s AOSP project — which means developers can compile a pure version of Android from source and run it on the tablet. There’s also a version of CyanogenMod 10.1 in development for the tablet.

Unfortunately going the AOSP or CM10.1 route means voiding your warranty. That’d be an easier pill to swallow of the Sony Xperia Tablet Z weren’t one of the more expensive Android tablets around.