Chinese chip maker Rockchip has released a new tool that lets you remote control an Android 4.2 device with a Rockchip RK3188 using pretty much any Android phone or tablet.

In other words, you can plug an Android TV stick like the Tronsmart MK908 into your television to run Android apps on a big screen and fire up a mobile app to use your phone as a remote control or gamepad. 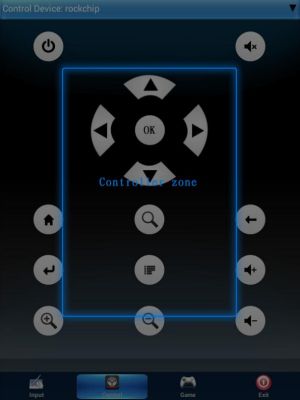 Rockchip has had a similar tool available for RK3066 devices for a while, but now the RKRemoteControl app is available for devices with Rockchip’s latest processors.

You can download the Android app and user manual from Geekbuying.

Most Android TV sticks with RK3188 processors and Android 4.2 or later come with an app called eHomeMediaCenter pre-loaded. You can launch this app and set the name of your device from the settings menu. 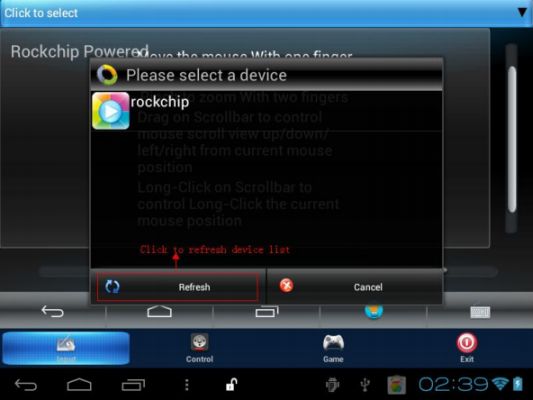 Then you fire up the mobile app and search for the device name you just entered.

Once you’ve done that you should be able to use your phone or tablet as a remote control for handling media playback, a keyboard for entering text, or a virtual gamepad for playing video games. 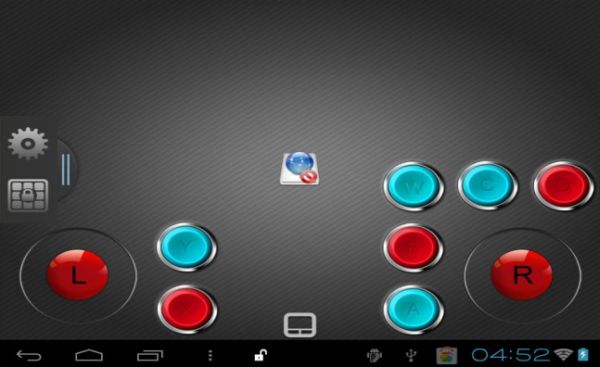 You can customize the layout of on-screen buttons to work with various games, although to be honest, the user interface looks pretty complicated, and I suspect it’d be tough to hit the right buttons without constantly looking down at your hands (and away from the TV). You might be better off just getting a USB or Bluetooth gamepad.

8 replies on “Remote control an RK3188 Android stick with your phone, tablet”