Qualcomm’s Mirasol displays use less power than traditional LCD screens, and as an added bonus they’re visible in direct sunlight. Unfortunately the color reproduction on Mirasol screens has never been particularly good.

But that hasn’t stopped Qualcomm from continuing to develop the technology. This week Engadget spotted a new high resolution 5.1 inch Mirasol panel at SID Display Week. 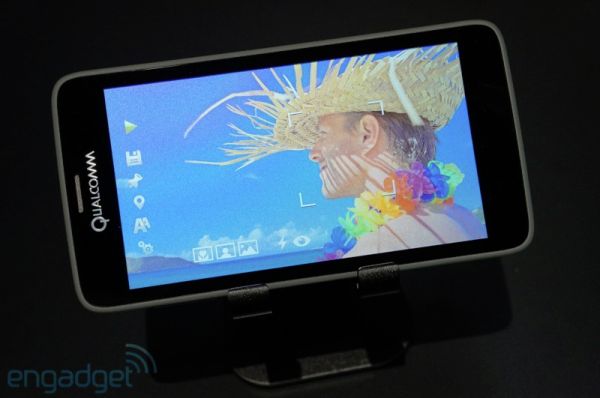 The smartphone-sized screen packs a 2560 x 1440 pixel display. That’s 577 pixels per inch, which puts most recent smartphone displays to shame… at least in terms of pixel count.

But according to Engadget, the whole screen has a bit of a silver tint to it and the colors look rather dull. That’s been a problem with Mirasol screens for a while, and it doesn’t appear to have gotten any better.

That said, the screen can use up to 6 times less power than a typical screen, which could lead to mobile devices with longer battery life.

Update: It turns out that the demo Qualcomm is showing off at the moment is more of a non-working mockup than an actual product. But the company says the screen’s under development. Whether anyone will actually use the display in an actual device remains to be seen.