Since the Rockchip RK3188 quad-core processor hit the streets a few months ago, it’s shown up in dozens of Android tablets, TV boxes, and other devices. But most of the RK3188 tablets I’ve seen so far have featured 10.1 inch, 7 inch, or 7.9 inch displays. If you happen to be a fan of harder-to-find 8.9 inch tablets, there are few options.

But now Chinese device maker Pipo is getting ready to help, by launching an 8.9 inch model with an RK3188 ARM Cortex-A9 quad-core chip. That’s not a huge surprise – Pipo seems to like unusual screen sizes. The company has already introduced a similar tablet with a 9.4 inch display. 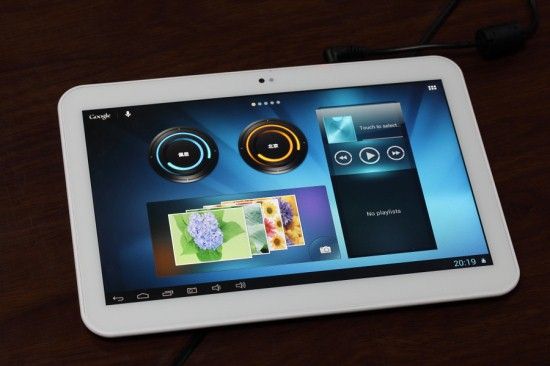 Both will offer wide viewing angles, built-in GPS support, a 5MP camera with auto-focus and an LED flash, and the usual range of ports including micro USB, mini HDMI, and a microSD card slot.

Some details (like the price) haven’t been released yet. But judging by the pictures, it looks like the tablet will ship with Android 4.1 Jelly Bean.

Rockchip’s RK3188 processor is one of the fastest ARM Cortex-A9 chips on the market, and while it won’t offer quite the performance you’d get with a Qualcomm Snapdragon 600, Samsung Exynos 5, or NVIDIA Tegra 4 chip, in my experience, Android devices with RK3188 chips are faster than any Android phones, tablets, or boxes released in 2012 or earlier.