Nokia’s latest Windows Phone 8 handset is coming to Verizon Wireless May 16th. You’ll be able to pick up a Nokia Lumia 928 for $100 after rebate when you sign up for a 2-year contract. There’s also a limited time promotion that lets new customers get $25 to spend in the Windows Phone Store.

The phone has a 4.5 inch display, an 8.7MP camera, and support for wireless charging, among other things. 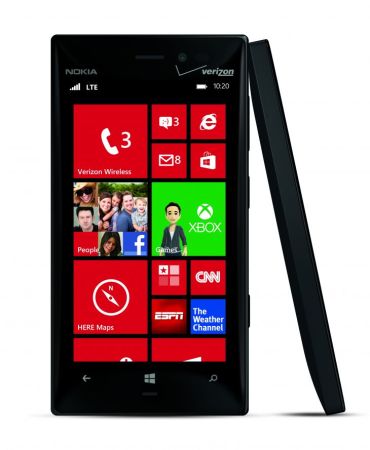 Verizon and Nokia aren’t providing a lot of details about what separates the new Lumia 928 from its predecessor, the Lumia 920. But Microsoft says it the camera has a faster flash, an improved speaker, and a screen that’s easier to see outdoors.

The phone polycarbonate case is also reportedly a little thinner and lighter than its predecessor.

One reply on “Nokia Lumia 928 coming to Verizon May 16th”