It’s been about half a year since Microsoft released Windows 8, and while the OS has received mixed reviews Microsoft has sold quite a few copies. Microsoft’s Tami Reller says that more than 100 million Windows 8 licenses have been sold to date.

That doesn’t mean 100 million people pulled out their wallets and bought a boxed copy of the operating system. The figure includes new PCs that ship with Windows 8 preloaded, whether anyone buys those PCs or not. But there are still an awful lot of Windows 8 computers in the wild, even if adoption hasn’t been quite as rapid as for some earlier Windows updates. 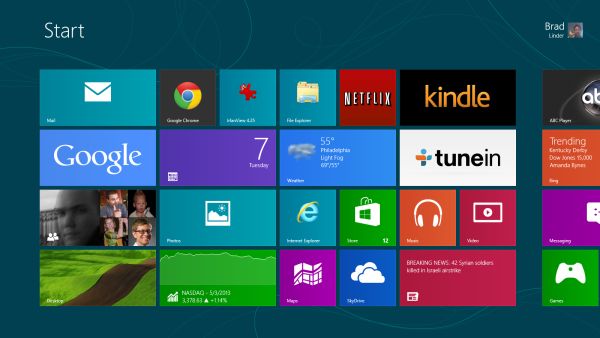 While Reller hasn’t provided many details about Blue, she does confirm a few things in interviews with the Windows Blog, The Verge, ZDNet, and other news organizations.

We know that Blue will be designed to work on computers with a wide range of screen sizes — including devices with screens smaller than 10 inches. We also know that the Blue update will be available for devices with ARM and X86 chips, so it’s not just an update to Windows 8, but also to Windows RT.

Reller also says that Microsoft has been listening to user feedback, and Windows Blue has been designed to take some of that into consideration.

For instance, while a key feature of Windows 8 is a new touchscreen-friendly Start Screen, many folks using the operating system on desktop or laptop computers have lamented that some of the features which make Windows 8 easier to operate with your fingertips can actually make it tougher to navigate when using a keyboard and mouse. In other words, they want the Start Button and old-school Start Menu back.

While it’s not clear if the Start Menu will return, there have been some leaks suggesting that Microsoft would at least put a Start Button back in the taskbar. Reller has neither confirmed or denied that rumor.

Personally I don’t mind the Start Screen in Windows 8. I just pin shortcuts for the apps I use more often to the taskbar and spend most of my time in desktop mode. From time to time when I need to open a different app, I hit the Windows key, start typing the name of the app, and hit return. Microsoft did a pretty good job of making the Start Screen a nearly instantaneous keyboard app launcher.

On the other hand, I have almost no need for the customizable live tiles on that screen, and I haven’t found many full-screen apps in the Windows Store that appeal to me, which is probably why I spend most of my time in desktop mode on my Windows 8 laptop.