One of the more controversial moves Microsoft made with the launch of Windows 8 was the removal of a dedicated Start Button. It’s still sort of there… but it only pops up when you hover your mouse over the lower left edge of the screen in desktop mode.

Some folks have been unhappy about that — so Microsoft is expected to bring the button back when it launches Windows 8.1, a small update to the operating system. But that doesn’t mean you’re getting the Windows 7-style Start Menu back. Hitting the button still takes you to a full-screen view with a list of all apps.

There is some good news for folks that hate the Start Screen though — a new “boot to desktop” option seems to be baked into Windows 8.1, which means if you pin shortcuts for your favorite apps to the taskbar or create desktop shortcuts, you’ll only see the Start Screen when you want to.

WinSuperSite has some images from a leaked build of Windows 8.1, and ZDNet has some more details. 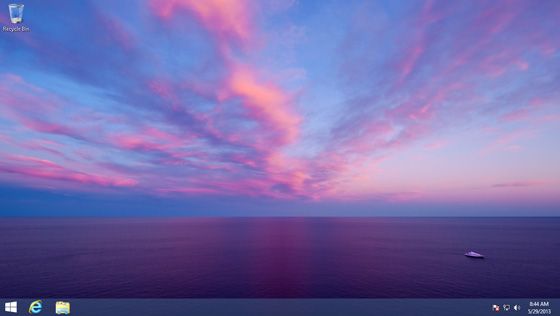