It looks like Lenovo may be preparing to launch at least two new ultrabooks. Engadget reports that the upcoming ThinkPad S3 and S5 will features 13 and 15 inch displays, respectively  and could launch by the end of May in China. 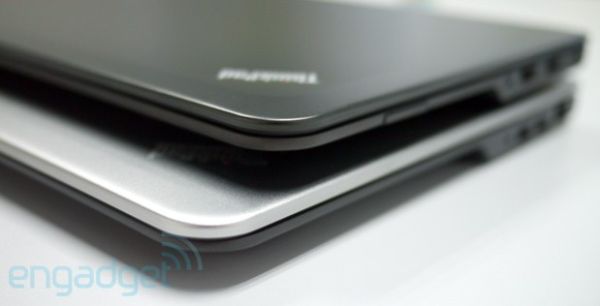 Both laptops feature aluminum cases, although there seem to be both silver and black options.

Leaked photos also reveal the preense of JBL speakers, an island-style keyboard layout, matte displays, and not much else.

It’s likely that Lenovo will have more to say about these upcoming thin and light laptops at the Computex Trade show in Taiwan next month. Lenovo’s also expected to offer these portable notebooks first in its home country of China before making them available in other regions.

One reply on “Lenovo ThinkPad S3, S5 ultrabooks on the way?”