There’s good news for folks who’ve been waiting for Lenovo to release its first Thinkpad ultrabook with a detachable Windows 8 tablet portion. The Lenovo ThinkPad Helix is now available for purchase from Lenovo. 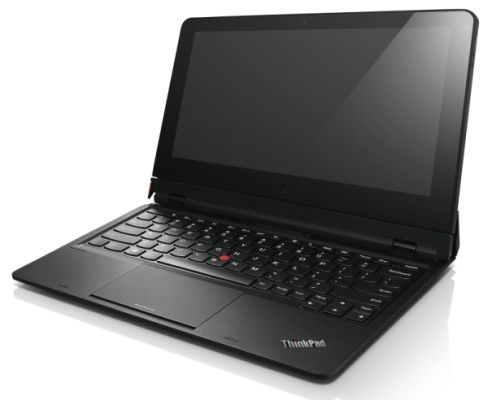 Lenovo is positioning the ThinkPad Helix as an ultrabook, and with the screen attached to the keyboard dock that’s pretty much what it is. It’s a thin and light notebook with a ThinkPad-style black case, a pointing stick in the center of the screen, and premium features such as 2×2 WiFi and NFC.

But unlike most ultrabooks, you can use the Helix as a tablet for writing or drawing. Just don’t expect spectacular battery life from a tablet with a 42Whr battery and a Core i5 processor. Lenovo says you should be able to get up to 5 hours of battery life from the tablet alone, although that could climb as high as 10 hours when you add the keyboard dock.

Both models of the Lenovo ThinkPad Helix are available for order now, and they’re expected to ship in early June.

I got a chance to check out the Helix when it was first introduced in January: