HP’s SlateBook x2 is a 10.1 inch Android tablet with a detachable keyboard that lets you use the system like a notebook. It’s part of the company’s expanded x2 family, which also includes the Envy x2 11.6 inch Windows tablet and Split x2 Windows tablet with a 13.3 inch screen.

While HP is hardly the first company to launch an Android convertible tablet, the company is one of the first to announce a model with an NVIDIA Tegra 4 processor (although it looks like Toshiba could be getting ready to announce one soon as well). 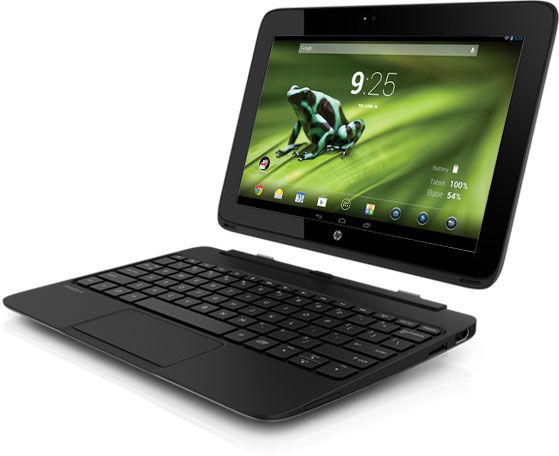 The Tegra 4 chip is a quad-core ARM Cortex-A15 processor with 72-core graphics. It’s the same processor that powers the NVIDA Shield gaming system, which should hit the streets in June.

While the SlateBook x2 is the cheapest member of the x2 family, it actually has the highest-resolution screen thanks to the 10.1 inch, 1920 x 1200 pixel IPS display.

HP is positioning the device as both a notebook and a keyboard. While the processor and storage are in the tablet portion of the SlateBook x2, the keyboard section adds features including USB ports and an extra battery.

The keyboard looks very similar to those found on the company’s discontinued HP Mini netbooks, with an island-style layout (flat keys with a little space between each key) and a buttonless click-pad.

It features 2GB of RAM, a version of Android 4.2 that looks pretty close to stock, and a few extras including an HP file manager app and Kingsoft Office software. 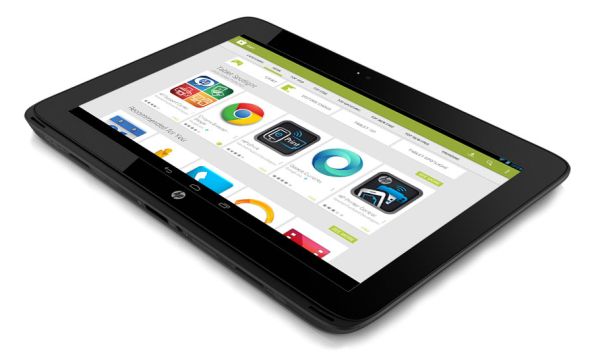 The SlateBook x2 has stereo speakers, an SD card slot, USB port, and HDMI output. There’s a 1080p camera on the back of the tablet and a 720p camera on the front. It supports 802.11a/b/g/n WiFi and Bluetooth.

HP will offer its first Android convertible in white or silver.

A few years ago HP’s tablet plans hinged on the webOS software it spent $1.2 billion to acquire. That didn’t work out very well. Now it looks like HP is moving pretty heavily into the Android and Windows 8 space.

The first Android tablet HP released this year was a low-cost 7 inch model with mediocre specs which has received pretty lousy reviews.