Google is rolling out a series of updates to its tools for Android app developers. To be honest, you probably don’t care about most of them — but here’s a fun one: Developers will now be able to release beta tests and offer staged rollouts of apps and app updates. 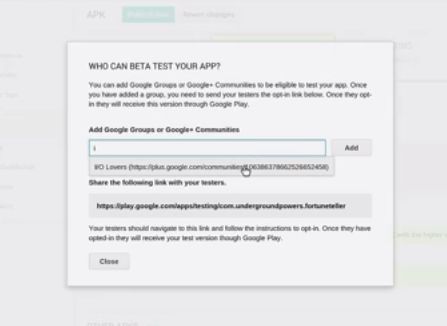 Up until now, developers have been able to release an update to everyone, or no one. If you wanted to test new features by labeling them as beta or offering them to just a small number of users, you had to either add a completely new app to the Play Store, or offer an app download outside of the Play Store.

Now you can use Google’s developer console to do everything from one place.