Barnes & Noble is running a Mother’s Day sale on its 7 and 9 inch tablets, and there’s never been a better time to buy one. The company is offering the NOOK HD and NOOK HD+ by as much as $90 off the list price.

The move comes just days after B&N issued a software update that basically transformers the tablets into full-fledged Android devices with full support for hundreds of thousands of apps, books, movies, and more from the Google Play Store.

In other words, it’s a very good time to pick up a NOOK HD+ or NOOK HD. 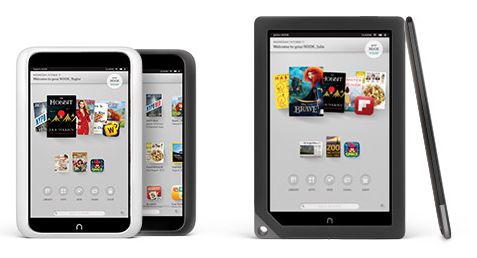 The NOOK HD features a 7 inch, 1440 x 900 pixel display, a 1.3 GHz TI OMAP 4470 dual core processor, and runs a custom version of Android 4.0 Ice Cream Sandwich. Up until recently it was hampered by a limited selection of apps, since it was exclusively tied to the B&N store. But now that you can also install apps from the Google Play Store, you can run almost any Android app available — even the Amazon Kindle app.

And if out-of-the-box access to the Google Play Store isn’t enough for you, independent developers have also ported custom ROMs such as CyanogenMod to run on these tablets.

It’s not clear if this is just a move on B&N’s part to try to get NOOK hardware into as many people’s hands as possible, or if the company is trying to clear out its inventory to make room for new devices (or to get out of the increasingly competitive Android tablet space altogether). But the sale is good news for anyone looking for a low-cost, high-quality tablet.