PC makers are expected to launch plenty of new laptops, tablets, and hybrid devices featuring Intel Haswell processors at the Computex trade show in Taiwan in June. But some Haswell-powered devices are starting to show up a bit early.

The Asus VivoBook V551 is an ultrabook with a 15.6 inch display and an Intel Core i7-4500U Haswell chip and an NVIDIA graphics card. It’s expected to sell for around $1000, and several retailers are already taking orders. 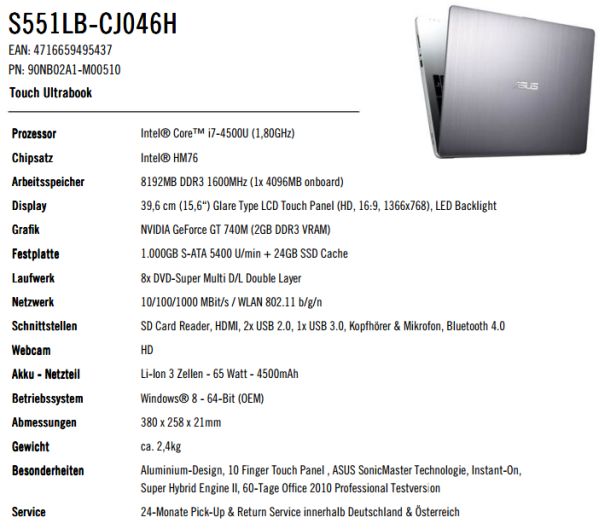 Notebook Italia reports that in Europe the same laptop is expected to be called the VivoBook S551.

While the Asus VivoBook V551 is a reasonably thin laptop, it’s not particularly light. It weighs about 5.3 pounds, which isn’t surprising given the large screen, disc drive, and other components.