Archos is showing off its first Android tablet with a Rockchip RK3188 processor. That’s one of  the fastest ARM Cortex-A9 chips around, and I’ve been pretty impressed with its performance in Android tablets and TV boxes.

The Archos 97b Platinum features a 9.7 inch display. 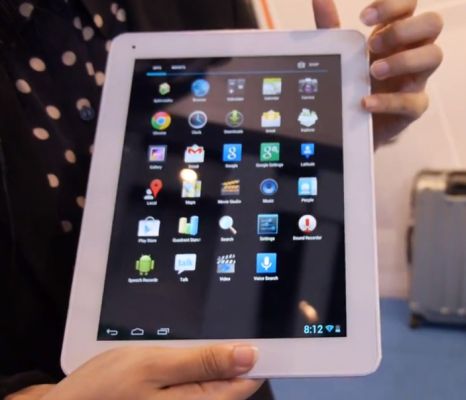 Archos hasn’t announced a release date or price, but the company has released a few details about the tablet.

Archos introduced another tablet called the Archos 97 Platnium a few months ago, but that model is powered by a 1.2 GHz Allwinner A31 ARM Cortex-A7 quad-core chip which isn’t quite as powerful as the RK3188.