Most major PC makers may have left the netbook market for dead. But Chinese vendors have continued cranking out cheap mini-laptops with 10 inch or smaller displays. Some models run Windows, but many of the cheapest feature inexpensive ARM chips and run Android or Windows CE.

But it looks like some slightly more powerful models could be on the way. 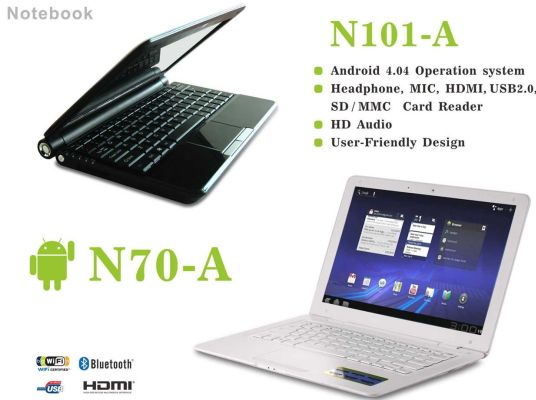 Chinese site Padhz spotted details for a few new Android laptops powered by Allwinner A20 and Allwinner A31 chips.

The A20 is an ARM Cortex-7 dual-core chip with Mali-400 graphics, while the A31 is a Cortex-A7 quad-core processor with PowerVR SGX 544 graphics.

Both chips should offer significantly better performance than the single-core VIA WM8850 chips that are so popular with Chinese makers of Android netbooks these days.

For some reason the larger models have smaller batteries which top out at around 5.5 hours of run time.

Most devices that ship with Allwinner processors are tablets and Android TV boxes. These are among the first netbooks sporting the company’s new dual-core and quad-core chips. Unfortunately I haven’t seen any details about the release date or price.

This isn’t the first time we’ve seen an Android netbook with an Allwinner processor. But up until now, most models had featured slower Allwinner A10 ARM Cortex-A8 single core chips.