Amazon may have gotten its start as an online bookstore. But after adding everything from furniture to garden supplies to its online marketplace, the company has delved pretty deeply into digital services in recent years. The company’s digital book, music, and movie stores are among the most extensive around.

So what’s next? Word on the street is that Amazon is working on a TV box. And now The Wall Street Journal reports that smartphones and other hardware could be on the way. 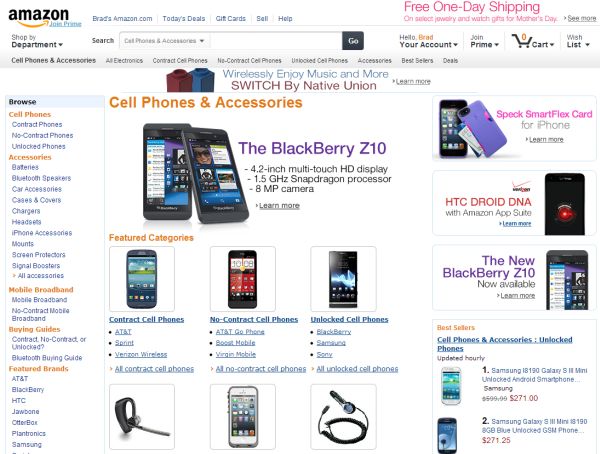 Sources tell the WSJ that Amazon is working on at least two smartphones, including a high-end model with a 3D screen. It’s designed to offer a glasses-free 3D that uses eye-tracking software so that images, video, and other content look 3-dimensional no matter how you’re looking.

You may even be able to control the phone by shifting your gaze.

The report also talks about an upcoming audio-streaming device, but doesn’t provide many details, so it’s not clear if we’re talking about some sort of Sonos competitor, or a modern-day Walkman.

The phones, TV box, and audio hardware are all in the experimental stages at this point and it’s possible that some or all of them could be scrapped before they’re ever released. I suppose that’s a fancy way of saying we may never know whether The Wall Street Journal’s sources are pulling the reporter’s leg. But the 3D phone does sound like the sort of thing that might work better as a sci-fi concept than as a real device that you plan to use every day.

2 replies on “Amazon may be working on a 3D smartphone, audio streaming hardware”