Chinese device maker Smallart is starting to show off designs for an upcoming Android TV box which looks a bit like a hockey puck… or maybe a smoke alarm. The Uhost3 is a round box designed to sit near your TV, allowing you to play Android apps on a big screen.

According to Geekbuying, the Uhost3 will feature a quad-core processor, but the manufacturer hasn’t yet decided whether to use an Allwinner A31s chip or a Rockchip RK3188 processor. 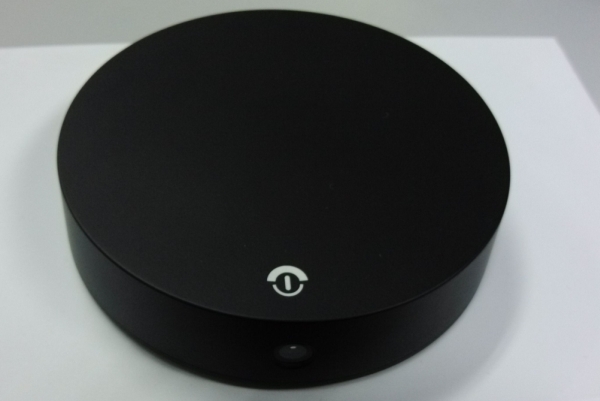 Other specs include 2GB of RAM, 8GB of built-in storage, HDMI output, 2 USB ports, an Ethernet jack, a microSD card slot, and audio jacks. It also has a camera on the front.

You can cover up the ports with a piece of plastic when they’re not in use, to really make the Uhost3 look more like a piece of sporting gear.

The Uhost3 is expected to ship with Android 4.1 Jelly Bean software.