Canonical has been offering preview builds of Ubuntu Touch for phones and tablets since February. But up until now there hasn’t actually been much you can do with a device running Ubuntu Touch.

That’s because the nightly builds include a user interface and basic functionality… but don’t have many actual apps installed. For instance when you tap the weather or calculator icons, you’re greeted with a picture of a weather forecast or a calculator instead of an interactive app.

But that should change soon. 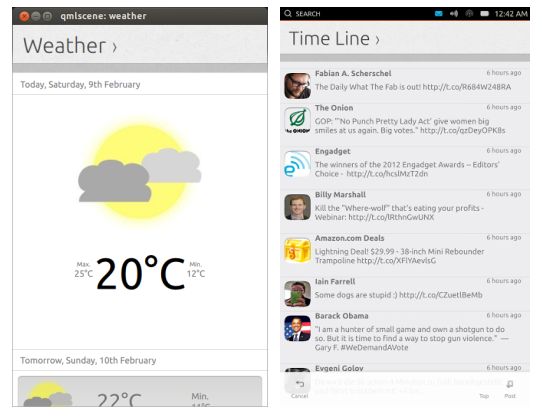 Developers have been working on a set of core apps for Ubuntu Touch, including clock, calendar, file manager, and weather apps. Independent developers have also started using the Ubuntu Touch software developer kit to create everything from games to Twitter and reddit apps, to XBMC media center remote control apps.

Canonical’s Michael Hall reports that some of those apps will start to find their way into nightly releases soon — and not just the core apps that Ubuntu developers are working on. Developers can also submit their apps for inclusion in the Ubuntu Touch App Collection, which is a list of apps that may be made available in upcoming nightlies.

In other words, Ubuntu Touch is actually about to get useful as an operating system, even though it’s still in the early preview stages.