Canonical has released the first builds of Ubuntu Touch for phones and tablets based on the upcoming Ubuntu 13.04 Raring Ringtail operating system. The new builds are also some of the first to include actual apps.

There are still early test builds and they’re not designed for daily use. So if you’re hoping to turn your phone into an Ubuntu machine, you might have to wait a little longer. But you can download the latest preview builds and take them for a spin by downloading a recent nightly release.

You can also now keep an eye on the latest builds at the official Ubuntu ISO Tracker. 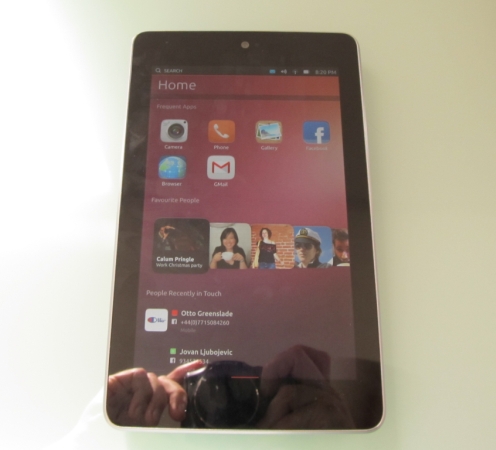 Right now there are official builds available for the Google Nexus 7 and Nexus 10 tablets, and Samsung Galaxy Nexus and LG Nexus 4 smartphones. But there are also unofficial ports for a number of additional devices.

The official installation instructions involve hooking up your phone or tablet to a computer running Ubuntu Linux and using an installer app. But if you have an Android phone or tablet with ClockworkMod, TWRP, or another custom recovery, you can install Ubuntu Touch simply by downloading and flashing two zip files.

Just follow our instructions for installing Ubuntu Touch on the Nexus 7 tablet, and make sure to substitute the appropriate files for your device. You’ll also almost certainly want to backup your device first so you can restore from your backup when you get tired of playing with Ubuntu Touch. Like I said, it’s not really ready for daily use just yet.

In earlier builds, Ubuntu Touch Preview basically gave you a look at the Ubuntu interface for phones and tablets… but was seriously lacking in apps.

Now Canonical has started packaging additional software with the preview builds. You can’t exactly run desktop Linux apps like GIMP or LibreOffice. But now when you tap on the calculator app you can actually open a working calculator, not just a picture of one. 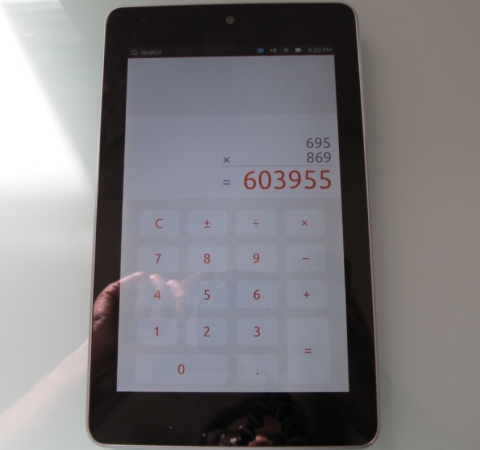 On the other hand, the preview builds still include plenty of fake apps, including a fake music player that simply shows you a list of tracks you can’t listen to. There are also fake notifications for missed calls and other messages which you can swipe to dismiss… just so you can see how to swipe to dismiss them.

We should start seeing additional apps in future builds soon.

via ZDNet and The Orange Notebook

6 replies on “Ubuntu Touch preview images now based on Ubuntu 13.04, include some apps”