Canonical is set to release Ubuntu 13.04 later this month, but if you just can’t wait you can take an early build for a spin. The first (and last) beta version of Ubuntu 13.04 Raring Ringtail is ready to go. 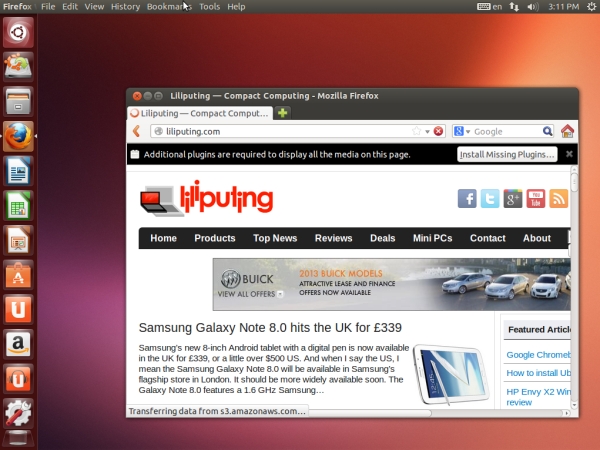 This is still pre-release software, so don’t be shocked if you find some features tha tdon’t work perfectly. But in a nutshell Ubuntu 13.04 Beta offers updated software packages including the Linux kernel 3.8.5, and GNOME 3.6 apps including the Naitulus file manager and Totem media player.

The developers are also working to make Ubuntu more touchscreen-friendly, with Ubuntu phone and tablet builds in the works. As part of that work, Ubuntu 13.04 should use less memory and the Unity user interface features some tweaks that should make it even easier to use on toucshcreen devices.

WebUpd8 has a run-down of some of the subtle changes in the latest build of Ubuntu 13.04.

For folks that aren’t fans of the Unity user interface, there are also builds of Ubuntu 13.04 with different desktop environments, including Kubuntu, Xubuntu, Lubuntu, with KDE, Xfce, and LXDE, respectively.