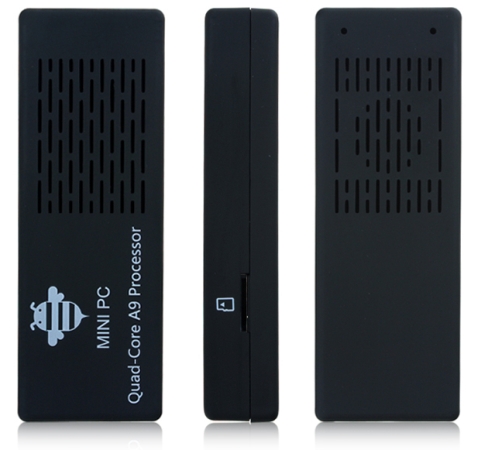 On paper the new stick looks a lot like the Tronsmart T428 that went on sale this week for $99. But the MK908 has a different case (which is a lot like the one found on the relatively popular MK808 Android TV stick).

But the specs are pretty much the same.

Geekbuying says that right now the MK908 runs Android 4.1, but an Android 4.2 software update is expected by the end of the month.

This sort of Android TV stick is designed to be plugged into a television, allowing you to run Android apps on a TV. For less than $100, that lets you turn pretty much any TV into a smart TV which can stream video from Netflix or YouTube, run the XBMC media center application, surf the web, or play games.

This particular model doesn’t come with a remote control, so you’ll need to connect a mouse, keyboard, or remote to the USB port. Or you can use an app like DroidMote that lets you remote control one Android device with another, turning your phone or tablet into a remote control for your TV.

Update: It’s official. The MK908 is one of the most powerful Android TV sticks to date… and it also has decent WiFi reception. Check out my video below for more details.