Toshiba’s upcoming Portege Z10t is an ultrabook/tablet hybrid. When the tablet is attached to a keyboard dock you can use it as a laptop. But you can also lift the screen away from the keyboard to use it as a tablet.

That’s not exactly an original design. At least half a dozen other companies offer similar designs for Windows tablets. But it does make the Portege Z10t the first “detachable” hybrid from Toshiba. 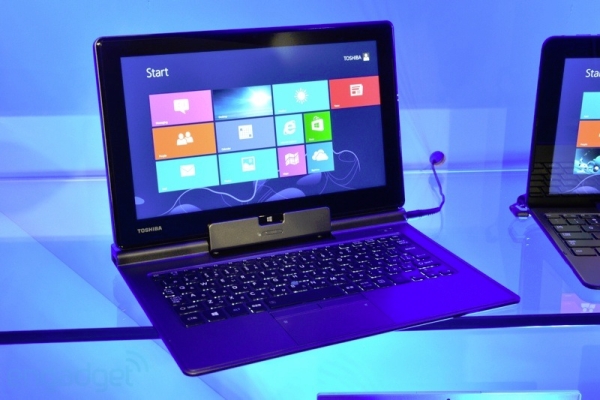 Toshiba’s first Windows 8 convertible was last year’s Satellite U920t, which is a slider-style tablet, featuring an always-connected keyboard which slides out from behind the screen when you need it.

That’s how we know it has a 10 inch display, a USB 3.0 port, a micro-HDMI port, and full-sized SD card slot. We also know it currently features an Intel Ivy Bridge processor and it’s due out during the second quarter of 2013. But that’s about it for details so far.