Jolla Mobile has released tools that will let developers create apps for the upcoming Sailfish smartphone operating system. Sailfish is a Linux-based OS that grew out of the ashes of MeeGo after Nokia ditched the project.

The first Sailfish OS devices are expected to launch later this year. 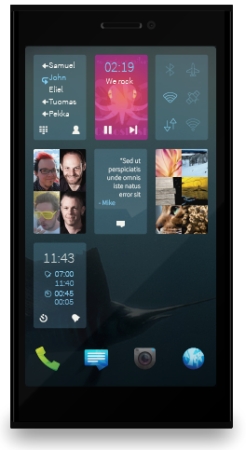 Like Android, iOS, Windows Phone, and BlackBerry, Sailfish is an operating system designed for mobile devices with touchscreen displays. It has all the usual goodies like a lock screen, home screen, and support for notifications.

But it also has a few elements that are all its own, including an interesting gesture-based system that lets you pull down on the screen to change profiles or open a camera, a full-screen notification view, and more.

Thanks to the gesture-based navigation which lets you view notifications and battery or wireless status by swiping, Sailfish apps can run in full screen mode.

The new Sailfish SDK is available for Windows, Mac, and Linux computers.

5 replies on “Sailfish OS SDK released, develop apps for yet another smartphone OS”