Qualcomm’s Snapdragon 600 processor powers some of the highest-performance mobile devices available today including the HTC One and the US version of the Samsung Galaxy S IV. But it’s only the second most powerful processor Qualcomm plans to launch in the first half of 2013.

Earlier this year the company also started showing off the Snapdragon 800 processor, and now the Engadget reports it’ll be ready to enter mass production in May. We could start to see it in phones, tablets, and other devices by June. 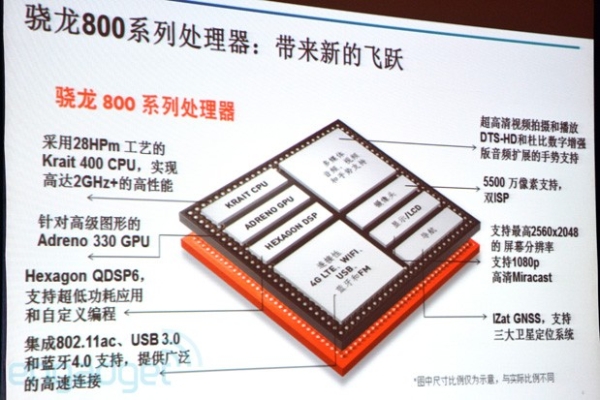 The Snapdragon 800 chip is a quad-core processor based on Qualcomm’s Krait 400 architecture and Adreno 330 graphics.

It’ll be able to run at speeds up to 2.3 GHz and handle 4K video playback at 30 frames per second.

In a software demo at CES in January, Qualcomm demonstrated a reference tablet with a 1.5 GHz version of the chip rendering 3D graphics in real-time, with support for complicated visual effects including wind, shadows, and camera angles.