The Mele A1000 hit the streets over a year ago as one of the first Android-powered set-top-boxes designed to turn your TV into an Android media center. It also happened to be one of the first devices of its type to sport an Allwinner A10 processor and hackers quickly figured out how to run Linux on the inexpensive device.

Since then we’ve seen plenty of Android TV boxes with faster processors, more memory, and other improvements, but the Mele A1000 still has more input and output options than most products in its class.

Now Mele is offering a new model with a faster processor and more storage and memory. 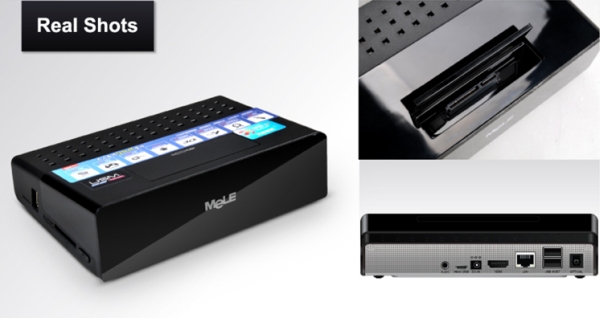 The new model is called the Mele A1000G, and it features an Allwinner A31 ARM Cortex-A7 quad-core processor, PowerVR SGX544MP2 graphics, 2GB of RAM, and 8GB of storage.

For comparison, the original Mele A1000 had a single core ARM Cortex-A8 chip, 512MB of memory, and just 2GB of storage.

Like its predecessor, the Mele A1000G features a range of connectivity options and input and output ports, including 10/100 Ethernet, 802.11b/g/n WiFi, HDMI, S/PDIF, 3 full-sized USB 2.0 ports, and a microUSB port.

It looks like Mele has dropped the VGA ports and composite and component video ports though, focusing on HDMI for video output.

The Mele A1000G is available for pre-order from the Mele store at Ali-Express. It sells for $120 plus shipping from China, and it’s expected to be available in May.

Interestingly, another device called the Mele A1000G has been available since November. But while that model has more memory and storage than the original, it  still has an Allwinner A10 processor.

According to CNX-Software, Mele is also working on a model with an Allwinner A20 dual-core processor, 1GB of RAM, and 4GB of storage.