But there are signs that Windows RT products might not be selling well… and for good reasons. Is it too soon to say that Windows RT was a mistake? Or does it still hold promise for the future? 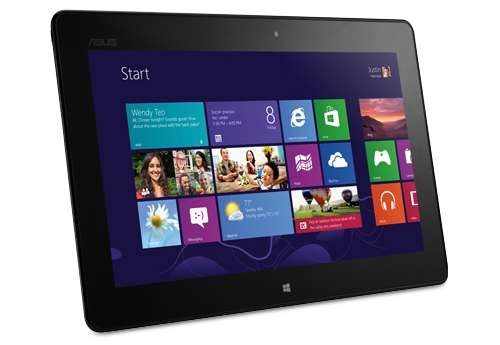 Acer, Asus, Dell, Lenovo, and other device makers all launched Windows RT tablets or notebook tablet hybrids. And all of those devices have seen some serious price drops in recent months.

Computer World interviewed a few analysts who suggest that there could be a few reasons:

Windows RT has the same look and feel as Windows 8. There’s a full-screen Start Screen instead of a traditional Start Menu. There’s support for full-screen, touch-friendly apps from the Windows Store. And there’s also a desktop mode for Office, Notepad, and some other classic Windows-style apps.

But most older Windows apps won’t run on a Windows RT tablet. They need to be compiled to support ARM-based chips. More importantly, Microsoft only lets users install third party Windows RT apps from the Windows Store, which means that unless you jailbreak your device, there’s no way to install any apps that were designed for desktop mode.

For geekier types, there’s another problem. Windows RT tablets have boot restrictions that prevent you from installing GNU/Linux, Chrome, Android, or any other operating system.

But possibly the biggest challenges facing Windows RT tablets is the price and competition with extraordinarily similar Windows 8 devices.

For about the same price as a Windows RT device you can buy a Windows 8 tablet with an Intel Atom Z2760 Clover Trail processor. It’ll get similar battery life and run every app available for Windows RT, as well as desktop Windows apps.

I get why Microsoft felt pressure to release a version of Windows that supports ARM-based devices. A few years ago it became clear that ARM was becoming the dominant chip designer in the mobile phone and tablet space. Ignoring ARM would have been a bad idea.

But while ARM chips have been getting more and more powerful, Intel has managed to reduce power consumption and bring connected standby to its x86 chips. And that means you can kind of get the best of both worlds with the latest Intel Atom processors… so given a choice between a Windows 8 and a Windows RT tablet there’s almost no reason to choose the Windows RT option unless it’s much cheaper.

And even with recent price drops, that’s just not the case.

Sure, in the Windows RT camp you can now pick up a Lenovo IdeaPad Yoga for $500

Why would you choose the Windows RT model?

It’s still possible things could change. We could see a surge in amazing cross-platform apps that run on both Windows RT and Windows 8. We could see even lower prices for Windows RT devices, helping differentiate those models from their Windows 8 cousins. And we could see more improvements in ARM designs which will offer better-than-Atom performance and lower-than-Atom power consumption.

But that’s a lot of ifs. It seems just as likely that Windows RT could fade into memory and join Microsoft’s Kin phone and Bob operating system in the annals of failed products.

25 replies on “Is it too early to declare Windows RT a failure?”