Google offers a few different versions of its Chrome web browser. There’s a stable build which has been tested and retested before release. Then there’s a Beta version which gets new features before they’re ready for the stable build… and which may be a bit more buggy. And for those who like to throw caution to the wind, there’s the Chrome Dev channel.

There’s also one more option. The Chrome Canary channel lets you install a version of Chrome with the latest bleeding edge (and possibly broken) features as a separate web browser. In other words, you can have Chrome stable and Chrome canary running on the same computer.

Now it looks like the Canary channel may eventually be available for Chrome OS devices as well. 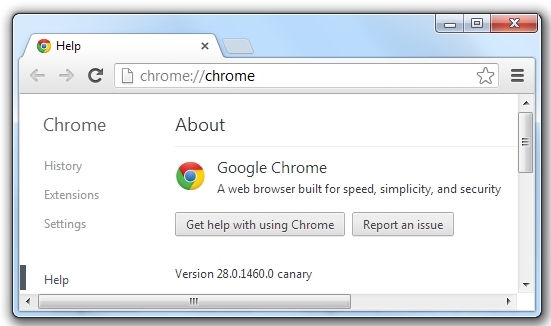 Chrome OS is an operating system designed to put the Chrome web browser front and center. Since the browser is just about the only real app on a Chrome OS device, it’s not entirely clear how the Canary channel will work once it’s available.

Perhaps you’ll have an option of opening a Canary or stable (or beta or dev) browser window each time you want to launch a new window or web app. Or maybe there’s some other plan.

Generally the advantage of a Canary build is that it lets users and web developers test out upcoming features well in advance of their widespread release, while continuing to use a more stable version of Chrome as a day-to-day browser. Hopefully that remains true in the upcoming Chrome OS implementation.