Facebook is holding an event on April 4th where the company is expected to introduce some kind of “Facebook phone,” which will basically be an HTC smartphone featuring a custom version of Android with Facebook functionality baked in.

The folks at Android Police managed to get their hands on the special Facebook Home app that’s expected to come on that device, and they’ve ripped it apart to see what makes it tick. 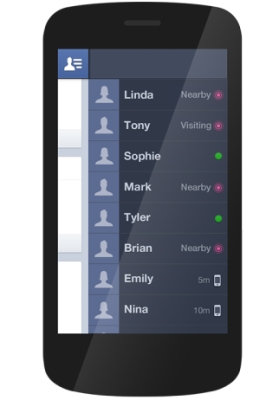 In a nutshell, Facebook Home appears to be a redesigned version of the Facebook app for Android which not only lets you interact with your social network, but which also replaces your Android home screen.

There’s a fair amount of evidence for Android Police’s claim. The app requires certain Android permissions that indicate it’s a home screen app rather than just a normal Android app. It’s called Facebook Home. And there’s no evidence that HTC’s normal home screen app will come installed on the phone.

The app also gives away some of the details about the phone it will ship with. It looks like a mid-range phone with a Qualcomm Snapdragon MSM8960 dual core CPU, 1GB of RAM, a 4.3 inch 720p display, and Android 4.1.2 Jelly Bean with HTC Sense 4.5.

All told, it doesn’t look like Facebook is reinventing the smartphone OS. It’s just releasing a new home screen app which makes it easier to view and send status updates, chat with your contacts, and do other Facebooky stuff without even launching an app.

You can find more details (and detective work) at Android Police.