Amazon sells inexpensive eReaders and tablets under the Kindle brand as a way to encourage customers to spend money on eBooks, apps, music, movies, and other content. According to Bloomberg Businessweek, Amazon plans to take a similar approach toward the living room by launching a Kindle set-top-box this fall. 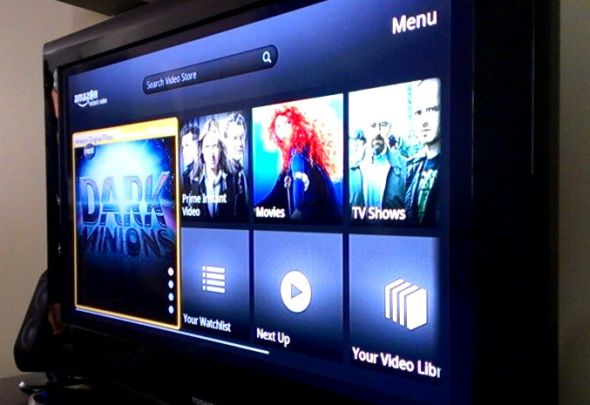 Here’s how it would work. Plug a box into our TV and connect it to the internet. Then you’ll be able to stream videos from Amazon to your TV.

There are already plenty of ways to get Amazon videos on your TV. Roku, TiVo, Apple TV, Boxee, and other devices all let you access Amazon’s video service. So do the PlayStation 3 and Xbox 360 video game consoles and devices running Google TV software.

But Amazon also offers Kindle apps for Android, iOS and other platforms. That hasn’t stopped the company from releasing its own hardware which puts Amazon front-and-center.

Theoretically, if you’re already tied into the Amazon ecosystem, you get the best user experience by going with Amazon hardware. But if you prefer to get your video from multiple sources including Netflix, YouTube, Vudu, Amazon, and others, I can imagine that you might be better off with a Roku or a different box.

That said, we haven’t actually seen what Amazon’s TV offering will look like. Smart TVs are still relatively new, and few companies seem to be getting things 100 percent right 100 percent of the time. Maybe Amazon will do a better job than Google, Apple, Samsung, or others… and maybe you’ll even be able to install a Netflix app if you want. There’s a Netflix app available for the Kindle Fire tablets, after all.

Bloomberg says 3 people familiar with Amazon’s plans say the company will launch its box this fall.

One reply on “Bloomberg: Amazon to launch a Kindle set-top-box this fall”